Scottish Liberal Democrat health spokesperson Alex Cole-Hamilton MSP has today criticised the “lax and irresponsible” mismanagement of the Sick Kids crisis, after revealing that more than a month after the hospital move was cancelled buses in Edinburgh are continuing to display adverts that direct parents to the deserted hospital. 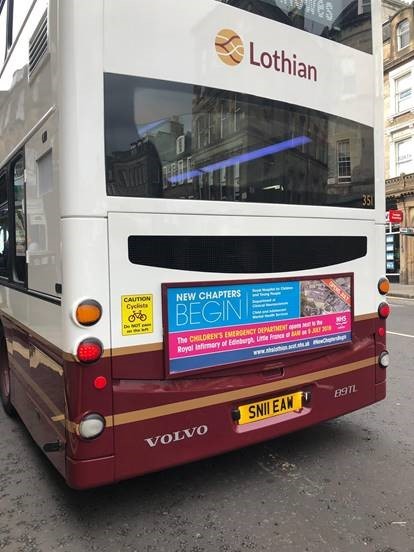 The Sick Kids was due to relocate to the site at Little France on 9 July. The decision to cancel the opening of the new hospital was made on 4 July.

“It’s extremely concerning that more than a month after the Sick Kids move was cancelled buses are still driving around Edinburgh with big adverts advising parents of the exact opposite.

“The whole point of this awareness campaign was to ensure parents didn’t take an ill child to the wrong place. It’s lax and irresponsible to not have taken down these adverts.

“NHS Lothian says that anyone who does attend the deserted hospital will be transferred and treated accordingly, but time can be critical and this would be more easily avoided if these adverts had been taken down weeks ago.

“We don’t know when the hospital will finally open, we don’t fully know the extent of what’s wrong with it and there are conflicting claims about the hospital’s future. The Health Secretary must urgently get a grip of the situation and ensure that the public is getting accurate and transparent reports on the hospital’s operation.”