A campaign to tackle violence against women is being launched in betting shops in the west of Edinburgh this week. 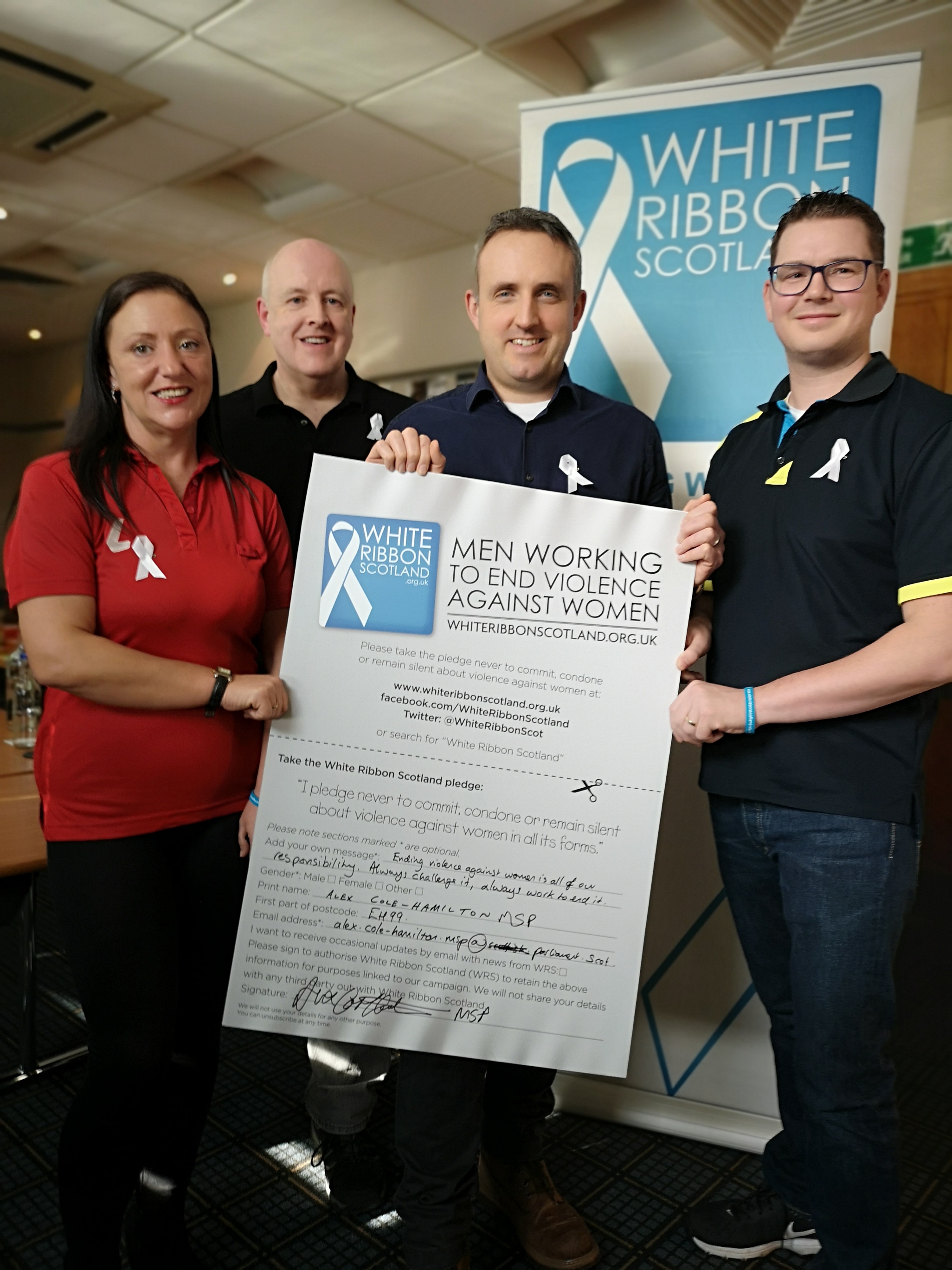 Betting shop staff from bookmakers William Hill, Ladbrokes and Coral will support a campaign by White Ribbon Scotland, a charity which works with men to end gender based violence, backed by local MSP Alex Cole-Hamilton.

The initiative is the result of an ongoing partnership between White Ribbon Scotland and ABB Scotland, the trade association for high street bookmakers.

During the campaign, betting shop staff will ask men who enter their shops to sign the White Ribbon Scotland pledge 'never to commit, condone or remain silent about violence against women in all its forms.'

Previous campaigns in Glasgow, Hamilton and Inverness have already secured around 1,800 pledges of support for the charity. The latest campaign will involve all 12 betting shops in the west of Edinburgh and South Queensferry and will run from 1 to 8 March.

Ahead of the launch, betting shop staff took part in a White Ribbon Scotland training workshop and were joined by Edinburgh Western MSP Alex Cole-Hamilton.

"I am thrilled to be working so closely with White Ribbon Scotland, a truly phenomenal charity, which aims to eradicate gender based violence. The main goal of this campaign is to tackle violence against women, not by alienating men, but by engaging with them to create an environment which encourages everyone to stand up to, and speak about violence against women.

"After the success of previous campaigns, in Glasgow, Hamilton and Inverness, I have no doubt that the Edinburgh campaign will achieve a great deal in further spreading the message that violence is completely unacceptable. I look forward to engaging with local men to promote and spread this vital message."